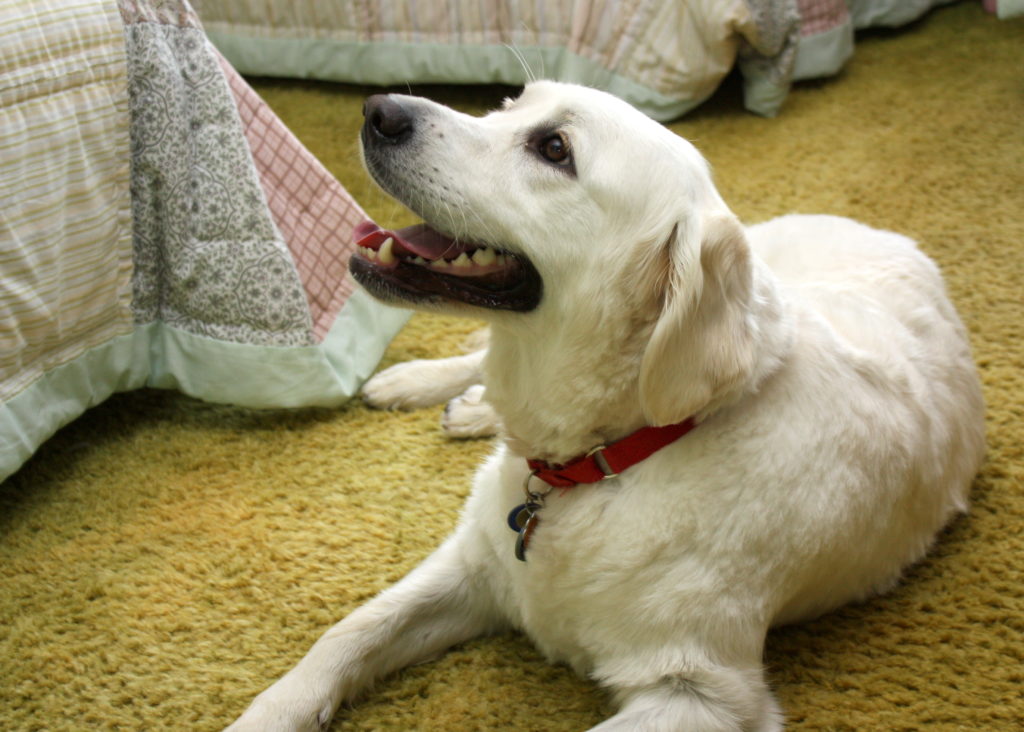 Patti Milazzo of Elmhurst IL, professional dog trainer at Perfect Manners Dog Training, her husband Frank and 16 other volunteers and their dogs visited the Connecticut town last week where 20 children and six faculty members were killed
by a gunman Dec. 14 at Sandy Hook Elementary School. Milazzo trains comfort dogs for Lutheran Church Charities in Addison which helps finds handlers for the dogs and organized the trip.

The group left Addison with 10 golden retrievers early New Years day, arriving in Newtown in the evening. Work started the following morning at the high school, and the following day the group went to the elementary school for its first day of class since the shooting. The actual site has been closed, and classes have been moved to a middle school in nearby Monroe.

“Some of these kids walk in and they’re scared to death,” Milazzo said. “They recognize the police. So they only felt secure when they saw the policemen, and he made sure all the doors were locked, or they saw their counselors or teachers. And some of the parents never left. They opened up the auditorium so the parents could stay and do their work.”

Children would be allowed to visit with the dogs in a variety of settings in the school, from the classroom, to an office where they would be greeted by the wagging tails and receptive eyes of happy dogs.

“Some of the parents said they hadn’t seen their child smile in so many weeks, until the dogs were back,” Milazzo said, adding that comfort dogs had also been taken to the town in the immediate aftermath of the shooting. “They said that just to see the children happy to see the dogs and excited to go to school because the dogs would be there, just gets them back to somewhat normal,” she said. “They don’t know what normal is anymore, but the dogs bring that element of fun and gentleness.”

Comfort dogs are trained to exhibit perfect behavior and an essence of calm, regardless of what situation they might be thrust into. That means showing absolute obedience to the handler and no barking or nipping.

After training dogs for Lutheran Church Charities for several years, this was Milazzo’s first trip to volunteer with victims directly.

Dealing with young children, Milazzo was there to keep an especially close eye on the dogs. “They wanted me there in case some of the dogs got stressed,” she said. “I could then take the dog out, keep it moving in different ways, give it a break.”

She also brought her newest trainee, a 10-week-old golden retriever named Isaiah with light, sandy hair and a notably relaxed demeanor for a puppy.

“We had to really be careful that the dogs wouldn’t bark inappropriately, especially the puppy, that it wouldn’t nip,” she said.

Frank Milazzo said the dogs helped the children feel comfortable to talk to the counselors and other professional help aiding the students.

Dogs “keep your secrets,” said Milazzo. “They accept everything with unconditional love.”