Ten Things About Training Your Dog 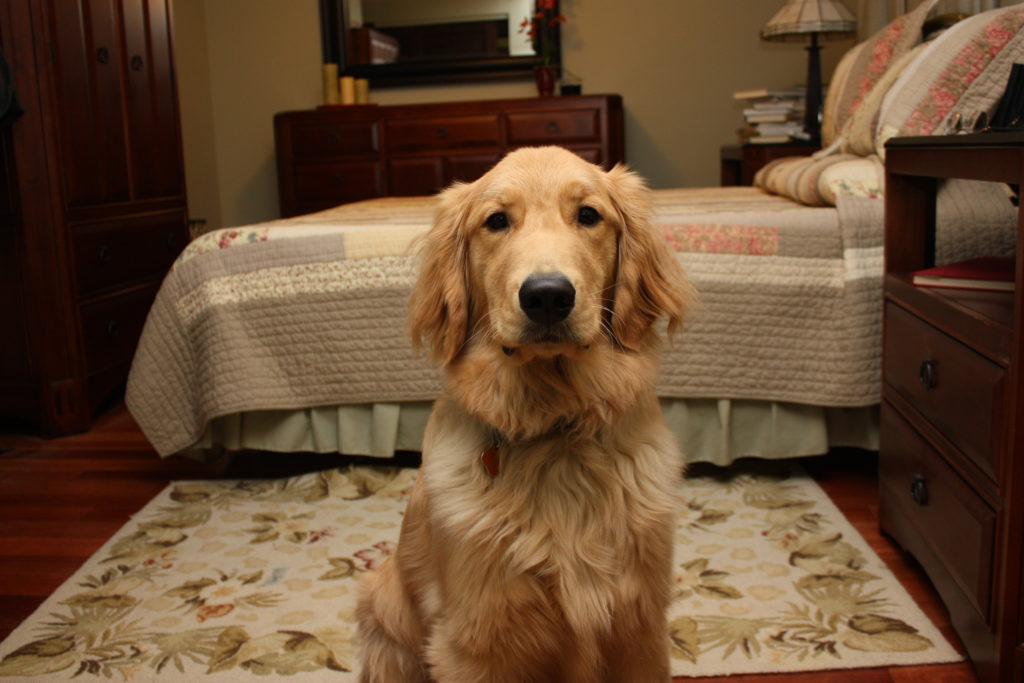 Ten Things About Training Your Dog

1. A dog is a dog.
Some people assume their dogs communicate the same way that humans do and, therefore, they try to communicate with dogs the way they would with another person. This is the greatest misconception of many dog owners. Although domesticated for thousands of years, dogs in the wild have always lived by instinct and associative learning. Today, dogs live by the same rules and exhibit many of the same behavioral patterns as their wild ancestors. Therefore, as dog owners, you need to realize dogs have different needs; to effectively train your dog, you must first understand its instinctual heritage that governs many of its behaviors.

2. All dogs think in terms of the Family.
Domesticated dogs have always lived in families. They instinctively know that living with others, under the leadership of a dominant member of the family, enhances their chances for survival. Therefore, dogs not only want to live with others, but they also are only truly content having leaders who are strong, consistent and fair. As a dog owner, one of your responsibilities is to learn and model these characteristics so that you will be accepted as the leader. Thus, your dog will learn to respect, obey and love you.

3. Dogs don’t understand Human Language.
To believe your dog fully understands human-based communications is as unreasonable as thinking you know everything your dog is trying to say when it barks. A dog’s communication is limited primarily to barking, growling and other guttural sounds, and they also rely heavily on body language. By understanding how dogs communicate, you will avoid the mistake of telling your dog one thing while your body language and voice sound tells it something completely different.

4. Dogs are not spiteful.
Dog owners often say, “My dog chewed the furniture because I left him home alone.” There are a number of reasons why dogs misbehave, but spite is not one of them. Although many people want to believe that dogs think like humans, dogs do not. They have limited ability to reason. Thus, they cannot disobey out of spite. Knowing the real reasons why dogs misbehave requires understanding how they think and learn. Dogs react in a way that makes sense in their environment. When a dog disobeys, it is usually for one of three reasons: 1) it does not understand what you want, 2) it does not consider you its leader, or 3) it is suffering from some kind of stress or fear. By understanding the true nature of dogs, you will be better prepared to diagnose problems or behaviors of your dog. If you are attempting to understand a human behavior then you can reasonably consider spite as a possible motivator. It is unreasonable to think your dog is spiteful.

5. What makes some dogs aggressive?
One of our favorite sayings is, “You can take the dog out of the wild, but you cannot take the wild out of the dog.” This means simply that the dog’s natural instincts are never far below the surface. Sometimes this behavior manifests itself as aggression because a dog will do only what its natural instincts tell it to do unless trained otherwise. The most common cause of aggression is fear of the unknown, that is, whatever the dog cannot understand or does not recognize as normal. A dog’s response to fear is instinctual. When a dog becomes frightened, it will do one of two things: fight or take flight. One breed of dog is not necessarily more aggressive than any other. The diminutive Chihuahua can be just as aggressive as the larger German shepherd. The only real difference is the amount of fear we perceive based on a dog’s size and its ability to cause harm. As dog owners, one of our responsibilities is to condition our dog daily to reinforce leadership over our dog. Leadership increases our ability to control and teach our dogs what is and is not acceptable. Having a leader rather than a “buddy” provides a guide for appropriate behavior that reduces the dog’s stress and eliminates fearful, neurotic behaviors.

6. Body language is the dog’s primary mode of communication.
Dogs rely heavily on body language to communicate, and a person’s body language can easily be misinterpreted. If a dog jumps on you and you respond by pushing it down with both hands, the dog may think you want to play, in much the same way it would play with other dogs. When people greet a dog, they often do not consider whether or not the dog actually wants to meet the person.

7. You can teach an old dog new tricks.
Although we cannot teach dogs to reason, we can teach them to “think.” Dogs are continuous learners and have good memories. The three things that primarily influence a dog’s behavior are an association, instinct, and experience. Dogs recall information with associative stimuli, such as similar situations. People cannot explain to a dog—as they would to a child—not to eat food off the floor. The only way for a dog to learn that lesson is for the owner to correct it immediately using voice sounds and body language as soon as the dogs try to eat the food. By conditioning your dog and effectively showing it what you consider good and bad behavior, you can help any dog change its behavior at any age.

8. Bad behaviors may be natural, but they do not have to be normal.
Most people consider digging, chewing and jumping as unacceptable dog behavior. To dogs, however, these are natural actions. Dogs will do what their instinct tells them unless otherwise trained. To teach a dog what behaviors are and are not acceptable, a dog owner must leverage a dog’s association and experience to directly impact how it behaves. A dog owner needs to associate a dog’s bad behavior with a bad experience, such as a harsh voice tone, and good behavior with a good experience, such as high-pitched praise. In this way, a dog will learn what is acceptable behavior.

9. What is the right way to discipline a dog?
Since dogs cannot reason like humans, they are not deliberately naughty, despite what many people might think. Instead, their behavior is always determined by either instinct or experience. A dog will do only what comes naturally or what it has learned through association; therefore, it is not logical or productive for humans to get angry with a dog. Moreover, excessive physical force is both inappropriate and counterproductive. This includes using your hands for correcting. Since dogs do not have hands, they find that form of discipline to be provocative and threatening. For this reason, dog owners should use their hands as little as possible when training, and when you do, dogs must always associate your hands with gentleness and pleasure. Because dogs learn from association, they will comprehend your message only if it is delivered in a timely manner. A correction must be issued at the precise moment the dog is either contemplating or actually doing something wrong. Sometimes it may be difficult to catch your dog in the act, but you can create situations that will cause a dog to misbehave and then correct it on the spot. Often people will watch a professional dog trainer work with a dog and with seemingly no effort have the dog perform flawlessly. They will then try the same activity and the dog does not respond. Generally, the difference is a matter of timing. Whether rewarding or correcting, think in terms of NOW.

10. Do dogs sense the world differently than humans?
Dogs experience the world nose first. Smell is the most dramatic sensory difference between humans and dogs. Dogs have about 25 times more olfactory (smell) receptors than humans do and can sense odors at concentrations nearly 100 million times lower than humans can. A dog’s sense of smell is also closely linked to taste. A dog is so scent sensitive, it is usually the smell, not the taste that will cause a dog to reject food before it even enters its mouth. In contrast, humans have 5 times more tastes as dogs and tend to taste something before deciding if they like it. Also, a dog’s eye lacks certain components found in a human eye. As such, dogs see the world in shades of black, white and gray and have better night vision. Visual acuity also varies by breed. Due to the positioning of their eyes, short-nosed dogs can see things in the distance with more depth perception than longer-nosed breeds. Hearing is also acutely developed in dogs. The distance from which it can hear things is 4 times farther than a human. Dogs’ hearing is also selective: they can sleep beside a blaring TV but wake up as soon as they hear something not related to the TV sound. Dogs process only what they want to hear.