What are the smartest breed of dogs? 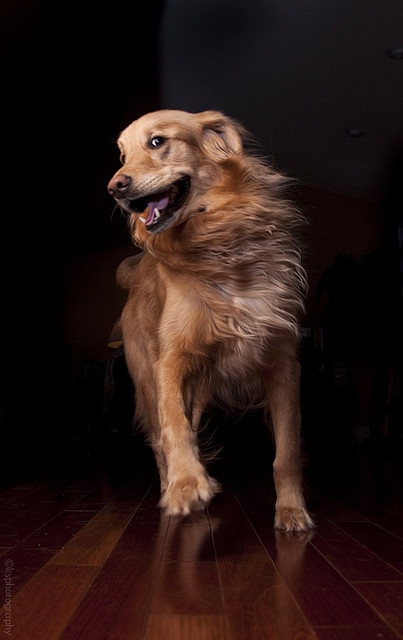 As a professional dog trainer, I am constantly asked, “which breed of dog is the smartest?”
After you’ve worked with thousands of dogs, how do you answer a question that asks what the smartest dog breeds are?

Defining the most intelligent dog breeds depends on what defines a “smart dog.” Is it the ability to wrap people around her paws and get her way, no matter what?

Which dog is smarter, the one that does as he’s told and works hard for his supper or the one that cocks her head, looks confused and is waited on because she’s obviously too challenged to find her way to her own food bowl?

Like many things in life It’s not a simple question. Just as you have book-smart and street-savvy people, you have dogs that are very clever in different ways. Dogs that we consider book-smart are the ones that tend to learn commands easily–and once these commands are learned, do as they’re told. By these standards, the Border Collie is at the top of the class, and definitely should be considered one of the smartest dog breeds. As a matter of fact, scientists are currently interested in a Border Collie that is considered to be one of the world’s dog genius’ He has a vocabulary (understands) over 300 words and can perform any command that he is physically able to execute.

Some of the other smartest dog breeds are:

Owners of these breeds might agree their dogs may not have college futures, but they do have street smarts, and when it comes to getting their way, they’re without peer.

The reason for these differences in what we call the most intelligent dog breeds and “other breeds” is all in the genes.

Or more precisely, the tendency to follow human direction depends very much on what a breed was developed to do in the first place. Of the most trainable breeds, almost all come from herding or retrieving backgrounds, jobs for which the ability to follow human cues is vital.

A good herder must be able to follow the shepherd’s directions to move the sheep where they are wanted. A good retriever must be able to follow his handler’s directions to locate fowl downed out of the dog’s sight, or to avoid swimming into danger. Even lapdogs tend to have an obedient streak, giving them a chance at becoming some of the smartest dog breeds, since they’ve been selected as companions for generations.

It’s easy to explain why some breeds are so obedient, but how can it be explained why some are so disobedient? Sometimes being disobedient, or at least independent, is a job requirement. Hounds and terriers, for example, were developed to trail or chase quarry without human direction; a hound or terrier that checked back with the hunter to see which way he should go would be a dismal failure on the hunt.

Other breeds tend to be disobedient simply because they’re less civilized, so to speak. Breeds that DNA studies have shown to be more closely related to the wolf tend to think for themselves rather than rely on humans. These so-called progenitor breeds include the basenji, the Afghan hound, the chow chow and the Pekingese.

Domestication has selected for dogs that have an aptitude for training to a greater degree than typical wolves, which are notoriously hard (if not impossible) to train. Yet nobody would ever think of accusing a wolf of being slow-witted. After all, is it smarter to do everything you’re told or to make up your own rules?

Most people think they want a smart dog breed, but be careful what you wish for. Unless you’re a fairly skilled dog handler, the dog will end up training you rather than you training him. Also the smartest dog breeds need mental stimulation to keep themselves occupied.

If you can’t provide it, they can undertake their own projects, which may include various home-improvement jobs, such as pulling up that old carpet, redoing the wiring or rearranging your pantry. Unfortunately, no matter how smart they are, they seldom get past the demolition stage of one project before moving on to the next.

There’s something to be said for a dog that’s easily entertained.

I say all this to say that all dogs are smart. Just like people, different dogs are smart in different ways. In fact, when you consider that most dogs in Western societies get free food, medical care, affection and free shelter for just being themselves, it makes you wonder if dogs sometimes wonder,”how smart are humans?”