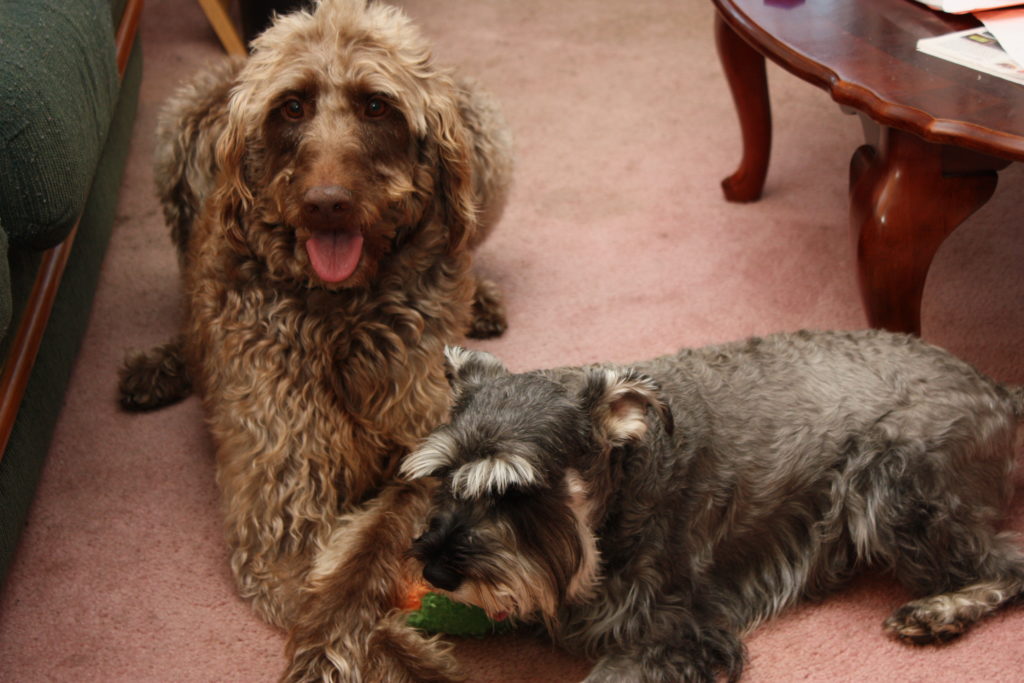 This article courtesy of woofreport.com.

Woof Report answered the question of how dogs perceive time in a past tip, and now there are new findings on the topic.

Let’s start with the general consensus on how a dog perceives time. An article from Jane McGrath on the Discovery Communications’ site, HowStuffWorks.com points to research on animals, such as rodents, birds and primates, which shows “animals are ‘stuck in time’ because they can’t mentally ‘time travel’ backward and forward.” In other words, they can’t think back to past events and anticipate future ones as we do.

And how about your dog’s precise ability to know exactly when it’s time for a morning walk? McGrath cites researcher William Roberts’ studies on “internal biological rhythms,” and suggests your dog’s daily fluctuations of hormones, body temperature and neural activity cue his expectations for food, a trip to the park, or your arrival home.

This information leads us to believe dogs live in the moment (something we could learn from them) and are less attuned to the passing of time. However, if you share your life with a dog, you’ll agree it seems unlikely our pup’s perception of time is so different than our own.

And thanks to a recent research study from Therese Rehn and Linda J. Keeling, “The effect of time left alone at home on dog welfare,” we now have new insight. The study, published in the January 2011 issue of Applied Animal Behaviour Science, investigated the effect of time left alone on dog behavior and cardiac activity. To conduct the research, twelve dogs were videotaped when left alone in their homes for periods of 30 minutes, 2 hours and 4 hours. The dogs in the study were privately owned and none had a history of separation related behavior problems.

Results from the study showed the key differences in behavior were observed when the dogs were reunited with their owners after being left alone for the 2- and 4-hour time periods. In these instances, dogs displayed more intense greeting behavior toward their owners compared with the 30-minute separation, and they also showed more tail wagging, increased interaction with their owners, and higher frequencies of lip licking and body shaking. In addition, the dogs displayed a tendency for a higher heart rate during the first and second minute after the reunion in the two-hour separation compared to the 30-minute separation.

The researchers explain the study “cannot distinguish between whether dogs were aware of the length of time they were alone (but did not signal it) or whether they were unaware until reminded of it by the return of their owner,” but they add it does confirm dogs are affected by the duration of time they are left home alone.

The study certainly adds a new facet to what’s believed about a dog’s perception of time, and it will also serve as a reminder: your dog can’t wait to see you when you come home (but you already knew that)!