Homedog-topics What age is My Dog 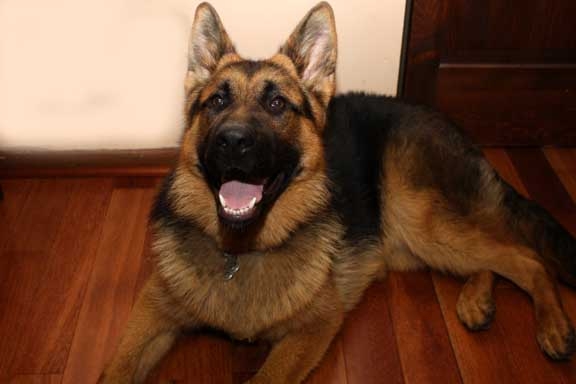 Consider two 10-year-old dogs, a Great Dane and a Chihuahua. Under the 1-equals-7 formula, they’d both be considered the equivalent of a 70-year-old person. And while that’s probably not too far off the mark for the Great Dane (10 years for a Dane is indeed near the outer edge of life expectancy), the Chihuahua is likely still acting middle-aged.
But even the Great Dane didn’t match the old formula when he was young. In the first year of his life, he would have attained most of his height, something no human 7-year-old ever does.
It’s more accurate to think of the first year of a dog’s life getting him just over the first big jump of adolescence, with the second year bringing him close to full adult maturity physically, although as in humans, mental maturity may still be on the horizon. From there, it really does depend on the kind of dog in question. I think it’s more important to focus on the individual dog, with the knowledge that size and breeding matter when it comes to aging. Roughly put, you can consider your dog to be a senior citizen at 7 if he’s that Great Dane, but not until 11-plus if he’s the Chihuahua.
Your actions can influence your dog’s aging process, by the way. In particular, dogs who spend their lives overweight or obese will experience chronic pain and illness earlier than active andhealthy dogs of normal weight. So while you’re taking precautions to keep yourself young, do the same for your dog, by watching his diet and encouraging him to get plenty of exercise.